If 2020 has been good for one thing it’s the incredible quelity of the romances released this year, here are a few from this summer you might like to try… 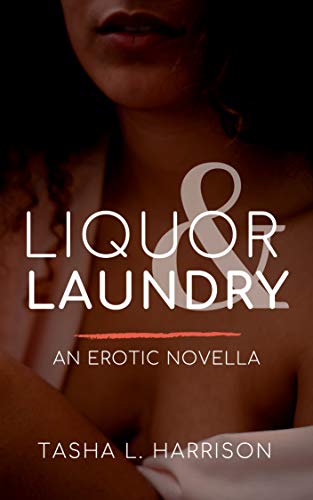 adassah Ibrahim’s high school crush is in town for his little brother’s graduation and she is avoiding him like it’s her job.

The last time she saw Ahmad Williamson, she drank too much and spent the night on her knees in his hotel room doing things that still make her blush and cover her face with shame. The last thing she wants to do is relive that humiliating moment. She’d much rather spend the evening at her family’s laundromat; sweeping and mopping the floor as she reconsiders her life choices.

Ahmad Williamson is certain that Hadassah doesn’t remember that night the same way he does.

And he’s spent every night since last summer wishing one of them had been brave enough to call. Was it just a fling for her? Was all that flirting she’d done over the years just a joke?

Megan Harris had hopes of seeing the world, but at twenty-five she’s never even left Florida. Now a wedding invitation lures her to Quebec…in February. When her ex-friend Scarlett offers to be her plus-one (yeah, that’s a whole story) and suggests they turn the journey into an epic road trip, Megan reluctantly agrees to the biggest adventure of her life.

A week together in a car is a surefire way to kill a crush, and Scarlett Andrews has had a big one on Megan for years. The important thing is fixing their friendship.

As the miles roll away, what starts as harmless road-trip games and rest-stop dares escalates into something like intimacy. And when a surprise snowstorm forces Megan and Scarlett to hunker down without the open road as distraction, they’ve got a bigger challenge than making it to the church on time: facing the true nature of their feelings for each other. 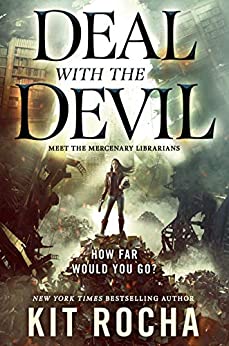 Deal With the Devil, Kit Rocha

Nina is an information broker with a mission—she and her team of mercenary librarians use their knowledge to save the hopeless in a crumbling America.

Knox is the bitter, battle-weary captain of the Silver Devils. His squad of supersoldiers went AWOL to avoid slaughtering innocents, and now he’s fighting to survive.

They’re on a deadly collision course, and the passion that flares between them only makes it more dangerous. They could burn down the world, destroying each other in the process…

Or they could do the impossible: team up.

Sweetest in the Gale: A Marysburg Story Collectio, Olivia Dade

“Sweetest in the Gale”: Much ado about love…

Candy Albright has always stomped confidently through the halls of Marysburg High, passionate and loud and entirely devoted to her students and her various English department initiatives. From his first day as her colleague, Griff Conover couldn’t look away, despite his best efforts.

After a summer apart, though, Candy returns to school a changed woman. Muted. Dimmed. Bowed by a grief Griff recognizes all too well, but doesn’t yet understand. And when they’re thrown together to coordinate a poetry project, he can’t resist the urge to read between her lines once and for all–even if doing so means he’ll have to confront his own loss…and his own lonely, longing heart.

“Unraveled”: The more tightly wound a man is, the faster he unravels…

Math teacher Simon Burnham–cool, calm, controlled–can’t abide problems with no good solution. Which makes his current work assignment, mentoring art teacher Poppy Wick, nothing short of torture. She’s warm but sharp. Chaotic but meticulous. Simultaneously the most frustrating and most alluring woman he’s ever known. And in her free time, she makes murder dioramas. Murder dioramas, for heaven’s sake. But the more tightly wound a man is, the faster he unravels–and despite his best efforts, he soon finds himself attempting to solve three separate mysteries: a murder in miniature, the unexplained disappearance of a colleague…and the unexpected theft of his cold, cold heart.

Elizabeth Stone has no health insurance. No savings. No one to turn to when she finds a lump on her breast…except James Magnusson, her friend of over twenty years. When he offers her a marriage of convenience for healthcare coverage, she’d be a fool to say no. But given the emotions she’s buried for so long, saying yes might lead to a broken heart.

James won’t take no for an answer. Not when marriage could save Elizabeth’s life, and not when he’s finally realized how much he needs her. Even during his doomed first marriage, James considered Elizabeth a special friend–one he had to keep at a safe distance. Now he’s free, and Elizabeth is his wife…but will they finally have the chance to be together, only to have everything torn apart?

View all posts by katherineehunt